An Operating system manages your device’s memory and processes along with both software and hardware. It’s the most important software of your device. In other words, without an OS your device is useless.

For the past several months Chrome OS managed to make a thorough progress. It comes with better tablet functionality,  Android app support, and more improvements. Therefore, making the experience safe and easy for users. 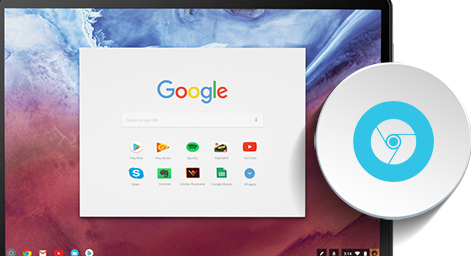 Chrome OS is a rather new and popular Operating System launched by Google. The initial release date of it was June 15, 2011. Chrome operating system is based on Linux kernel. Google Chrome web browser is its primary user interface.

Chrome OS is upgrading its features with time. However, the main strength of it lies in its simplicity. You don’t need to understand rocket science in order to handle it. You can easily use it even if you are not tech-savvy enough. If your query is why you should go for Chrome OS and what the useful features are then this article is your answer.

Chrome OS launched dictation. You can surf the internet without the hectic of typing. On the left side of your Keyboard, you will find a microphone icon. Tap and hold the icon for giving dictation and surf without typing. This feature is now available in Canary Channel of Chrome OS.

Google Chrome operating system launched support for Android keyboard since May. Now you can find king size emojis, GIFs, and some pre-installed greetings. Also, Google keyboard is now available in more than 100 languages. This includes some regional languages like Gujarati, Bengali, Kannada, etc as well as National languages like Philippines, Japanese, Korean, etc. So, you can enjoy browsing and texting in your own language with Chrome OS now.

Now you can run Chrome OS alongside with your Android apps. This increased the utility and flexibility of the Chromebook. Also, finding the files became hasslefree with the improved File Manager. Previously files of Android apps were not visible in the File Manager. However, in the improved version, you can meddle with all the files. This made the handling of files easier for the users.

Chrome OS is introducing Linux support. Now you can run your Linux apps and Android apps together in the Google’s operating system. Pixelbook is a demonstration of this. This could be a little hectic at first but after the complete integration, it will be helpful. Further, Chrome OS comes with Windows 10 support.

Inside the device, Chrome OS doesn’t store applications. It uses the applications that run from the cloud in a browser. It has zero local applications and limited hardware. Therefore, there is no need to look for devices and drivers and going through the long checklist. It doesn’t load programs in residential memory either.  Eventually, this cut down the boot time. The browser becomes available within the span of three seconds. You no longer have to wait long with Google Chrome OS.

Google is constantly trying to update and provide a better experience for the users. You can praise Chrome OS for its combinations of simplicity and advanced technology without a doubt.